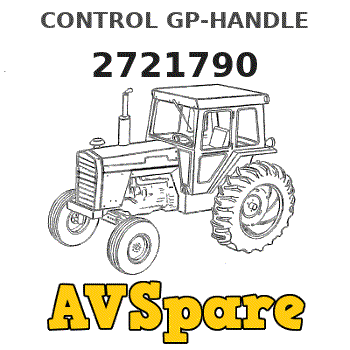 3508B (2BM117-Up, 3DM84-Up, 7SM52-Up) 3512B (7HM172-Up, 8EM247-Up, 4TN71-Up),
3516B (8CN142-Up, 8KN91-Up, 9AN108-Up) Marine;
3508B (4GM153-Up, 6PN222-Up),
3512B (8RM159-Up, 6WN104-Up),
3516B (6HN119-Up, 7RN394-Up) Generator Set Engines Monitoring System Updates
The above 3500B Generator Set Engines and Marine Engines built after May 15, 1996 have improved Monitoring System functionality. The change is effective with the above engines and adaptable back to first production. In the Electronic Instrument Panel (EIP), the Engine Monitoring System II (EMSII) control module uses the engine monitoring system Parameter Identifier (PID) to control the Light Emitting Diode (LED) indicator lamps. The LED's will flash based on the set points programmed into the Monitoring System via the Electronic Technician (ET) Service Tool.
Marine EMSII control module LED's changed with the update to remove "Overcrank" and "Not-In-Auto" and replaced these with marine gear oil "Temperature" and "Pressure".
The Engine Monitoring System (EMS) control module for marine pilot house panels is also controlled via EMS set points. Icons are identical to the EMSII.
The new 135-6957 EMSII requires 113-7884 Film for Generator Set Engines or 134-6538 Film for Marine Engines. The new 131-0522 Pilot House Panel EMS Control Module uses 132-5556 Film.
Fuel Rate Display
* The new EMS and engine software provides for instantaneous fuel rate display on the EMS unit of the Pilot House Panels. Gear Sensor Low Oil Pressure And High Temperature Logic
* At first production of 3500B Marine Engines, no warnings were available for low marine gear pressure or high marine gear temperature, even though the LEDs were present on the EMS II face.* The May 15, 1996 production update of EMS, EMS II and engine software provide this capability. The high oil temperature is a simple temperature setting, definable by the customer. Due to the wide variation of marine gears and their corresponding gear oil circuitry, the low oil pressure is not a simple pressure setting. Most marine gears have a lube oil pressure circuit (relatively low pressure) and a clutch oil pressure circuit (relatively high pressure). The circuit Caterpillar and the customer is most interested in monitoring is the clutch oil pressure.* Many gear manufactures provide a clutch oil pressure tap in a location that drops to the lube oil pressure when the gear is in neutral, thereby tripping a false low gear clutch oil pressure alarm. To account for this condition WITHOUT requiring a separate input to the engine regarding the status of gear control, the following logic was incorporated into the engine software:1. An Arm Point of 861 kPa (125 psi), (a point above all gear lube oil pressures, but below all clutch oil pressures) is established. Below this pressure no alarm is possible.2. When moving from NEUTRAL to AHEAD or ASTERN, and the 861 kPa (125 psi) point is reached, a 10 second delay (programmable by the customer) will be initiated.3. After 10 seconds when the Low Gear Oil Pressure Set Point has not been reached, the alarm will become active.4. If moving from AHEAD or ASTERN to NEUTRAL, the 10 second time delay is once again active after the